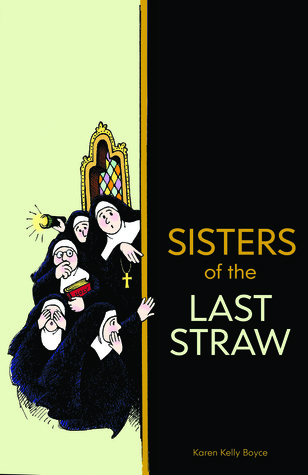 Rejection, unrealistic expectations and behavioral issues often brought frowns to the faces of children. The Sisters of the Last Straw addressed these issues, firmly and lovingly; inspiring and consoling their young readers with their examples. The Case of the Haunted Chapel, in stories and drawings assured that there was a place for everyone in God’s plan. If unconventional behavior prompted the denial of admission to traditional religious orders, the Sisters reminded us of Saint Rita of Cascia, who needed a miracle to enter the cloister. If at times the Sisters seemed less than tidy, they resembled none other than Saint Teresa of Avila who fell off a donkey into a mud puddle. If the Sisters experienced difficulty controlling bad behavior, their struggles to overcome their failures gave a far better example than Saint Augustine before his conversion. Sister Lacey served as a wonderful model as she creatively controlled her inclination toward “salty language” with a variety of “G-Rated” exclamations.

The Case of the Haunted Chapel intended primarily for readers between the ages of 6-12 years delighted readers and listeners well beyond these temporal bounds. Each episode served as a parable, actually very similar at times to the Gospel parables and narratives, revealing compassion and humility. Instead lost sheep, the Sisters rounded up the goats. Instead of Lazarus rising from the tomb, the title suggested other supernatural happenings. These stories came complete with a villain, the sour-pus Mr. Lemon. The Sisters have sweetened their neighborhood, not only with their jams and jellies, but they have drawn their fans to read again their antics on their way to spiritual growth.

The Case of the Haunted Chapel was the first of the series, with book number four in the works. Congratulations to Karen Kelly Boyce, who with the aid of illustrator Sue Anderson and book designer Andrew Gioulis have brought us The Sisters of the Last Straw, now available through Chesterton Press.