Leslie Lynch cranked up the suspense in Unholy Bonds, the second book in her Appalachian Foothills series. Lannis Parker, rape-survivor, juggled multiple threats as her life crashed about her. She found that “turning the other cheek” often invited another slap. Rejected by those who should have support her, she refuses to return to the darkness of her alcohol addiction, but set her eyes on healing. Trembling and fearful, but determined, she forced herself to face her attacker for the sake of justice and healing, for both of them, in a word, “restorative justice.”

Lynch skillfully elaborated on Robert Davis, the antagonist in both Hijacked and Unholy Bonds. This despicable predator was nevertheless a fellow human representing the worst in all of us. We, along with Lannis asked “Our Father…forgive us our trespasses as we forgive those who trespass against us.” Could Lannis forgive Davis? Was he too far gone to ever hope for remediation?

The author tantalized her readers as she brought them into the mind of the rapist and his victim. She detailed the enduring damage of rape and the ways so many blamed the victim, perhaps until they shared a similar experience. Her treatment of “correctional facilities” raised both awareness and revulsion.

I recommended this timely novel, not only for the representation of the souls of both Lannis and Davis, but for the social issues it brought into the glaring sunlight and the fact that Leslie Lynch offered a fresh approach to suspense novels that revealed her skills as a story-teller and her imagination that will surprise and delight her readers. Her third novel, Opal’s Jubilee waits in the wings for publication.

Hijacked launches a tantalizing series of suspenseful romances that awaken the readers’ own sense of treachery and terror hidden in their past. When “Jack” forced Lannis and her Cessna to do his bidding, he promised that he wouldn’t harm her, as if she had a choice. Who had more to fear from “Jack?” Lannis? Or her demons? Alienated from her family and living on the margin, Lannis teetered on the edge of oblivion. Her past held her by an invisible leash, frustrating her every attempt at escape, destroying her sense of worth. As their mutual attraction ignited, so did the hell locked in her memory. Would this become just another meaningless relationship adding to the weight of her mental baggage? Did Jack and his controlling ways open doors for Lannis, or lead her to an even darker dungeon?

Leslie Lynch, not only an award winning romance writer, but accomplished flyer lifts her readers in the ecstasy of flight with all its authentic details while grounding them in the darkness of both addiction and self-reproach. Lynch has raised the bar for suspense-romance novels. She promises a steady stream of well-crafted novels. I would recommend Hijacked to a wide audience of readers who may have asked themselves, “How could a loving God allow terrible things happen to vulnerable and innocent people?” There is plenty of steam in this romance, but there is more substance than vapor for the reader wishing to invest in a meaningful read. Congratulations to Leslie Lynch on this powerful take-off novel. I look forward to reading her two additional books ready to taxi toward their own climb into the stars. 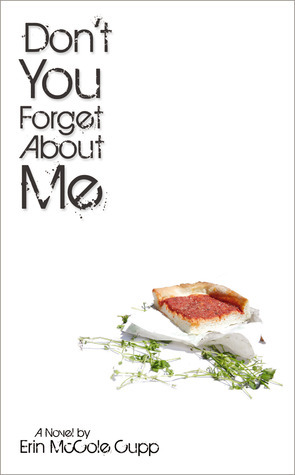 Don’t You Forget About Me is free on Kindle June 10 through June 12.

Mary Catherine Whelihan dreaded the reunion at Our Lady of the Seven Dolors School. She, her former classmates and neighbors gathered to bury the dead. The exact number of funerals had yet to be determined. Although an acclaimed novelist, many of Mary Cate’s childhood issues haunted her especially the humiliation she had endured as the outsider and as the target of every bully in town. Beside her debt of honor to the deceased, Mary Cate’s agent had arranged a speaking engagement at Seven Dolors, and there was a chance of meeting her fellow outcast and potential love interest, Gene Marcasian.

In Don’t You Forget About Me, Erin McCole Cupp cooked-up a blend of  Revenge of the Nerds, Stand By Me,Prizzi’s Honor, Erin Brockovich with a garnish of Flavia de Luce on steroids. Mary Cate’s adult-life friends lovingly encouraged her to return to her home town. The tone darkened quickly once she arrived and then became downright scary as Don’t You Forget About Me built to a ferocious climax.

Erin McCole Cupp’s smooth, embracing prose thoroughly engaged this reader, launching sympathetic vibrations in my memory banks. Her frank discussion of the collision between environmental pollution and modern reliance on pharmacology, personalized the story to the point where it drew readers to reflect on the impact of this clash in their own bodies and souls. Mary Cate and her friends developed fully as the story progressed. Not only did they not forget about her, they stood by her in when it counted. They were characters the reader could love—well, most of them.

Encore! There’s a sequel in the works.