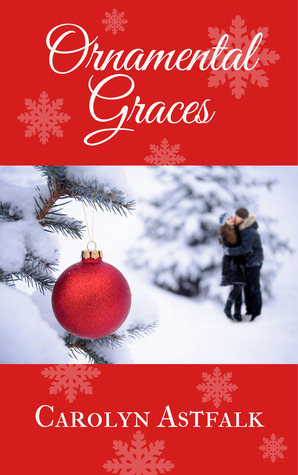 If you enjoy emotional rollercoasters,Ornamental Graces by Carolyn Astfalk is your book.

Among the author’s many gifts is her ability to conjure up fictional characters in many shades of human decency. Imagine, if you will, Dan Malone. He has let himself go; his business teeters on the brink of failure, and he has lost Kristen, his girlfriend. He struggles to prop up his sinking prospects but hasn’t exactly gotten his act together.

The voluptuous Kristen is a masterwork: pampered, pouty, petulant, a manipulative genius–one of Astfalk’s most impressive creations. Although Kristen and Dan have broken up, she still haunts his existence.

The novel opens with Dan sitting in a freezing shack surrounded by Christmas trees. While his landscaping business hibernates, Dan is selling the trees to make ends meet. Enter the pretty, perky, and pure Emily Kowalski—the polar opposite of Kristen. Dan is attracted but feels that he’d never be good enough for her. Nevertheless, Emily gives him a chance.

Dan’s incredible blunders push their relationship to the breaking point and beyond.  Although his clumsiness damages his chance with Emily, Kristen deliberately interferes, so she embarrasses Dan and demeans Emily. There’s also a stalker—not merely a nuisance, but an actual threat to Emily, Dan and any chance they may have as a couple.

On the positive side, Dan’s grandmother and her cooking comfort him, especially whenever he blows another chance with Emily. Grandma is a cross between a matchmaker and Dan’s guardian angel.  Emily’s brother, sister-in-law, and their kids also raise the general level of stability and hopefulness. Beneath the surface of each example of human solace is the fact that Dan, Emily, and their families connect through the power of their shared religious faith. They have to believe in miracles because there’s no way they would make it without God’s blessings and guidance.

Ornamental Graces is a wonderful Christmas and year-round romance that keeps the reader engaged from beginning to end.

Other romances by Carolyn Astfalk—again with fascinating characters and engaging plots—include Stay With Me (2015) and Rightfully Ours, scheduled for publication in April of 2017.

Carolyn Astfalk and I belong to the Catholic Writers Guild Fiction Critique Group. As one of her critique partners, I received a copy of each chapter as she wrote Ornamental Graces, Stay With Me and Rightfully Ours. 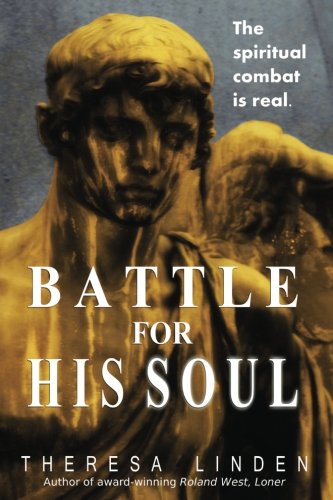 Theresa Linden completes her West Brothers’ trilogy with a look behind the facade known as Jarret West. He bullied his youngest brother as recounted in Ronald West, Loner and abused his relationship with Zoe and Caitlyn in Life Changing Love. This capstone volume reveals that Jarret’s fate depends on the outcome of a cosmic battle between Angels and Devils.

His victims might say that Jarret deserves whatever punishment befalls him, but they would miss the point that even a narcissistic, amoral manipulator like Jarret is deemed loveable by God.  Throughout Jarret’s life, his guardian angel, Ellechial has stood by him as Jarret’s personal demon Deth-kye, feeds Jarret’s vanity and passions, leading him to a violent showdown on Earth and an express ride to hell.

Jarret does little to avoid his self-inflicted fate. Despite his obnoxious behavior to countless schoolmates and his brothers, they form a prayer group. They pray before the Blessed Sacrament unaware that their prayers arm the Angels. The young prayer partners facilitate the angel’s access to Jarret’s conscience and enable them to warn Jarret of his danger.

The trilogy’s climax unfolds on an archeological expedition to the American West. Although he continues to mistreat his brother Roland, it is this younger brother who has a chance to save Jarret’s life, scare some sense into him, and sharpen his conscience.

Nevertheless, any strength gained by Ellechial is countered by, Deth-kye’s stirring of Jarret’s emotions, vices, and memories. Roland and his friends pray for and attempt to set Jarret straight during the final scene of the battle for Jarret’s soul?

It helps the reader to walk in Jarret’s shoes during his time of trial, especially at the conclusion of this Year of Mercy.

As a member of the Catholic Writers Guild’ Fiction Critique Group, I have worked with Theresa Linden as she brought A Battle for His Soul to press.