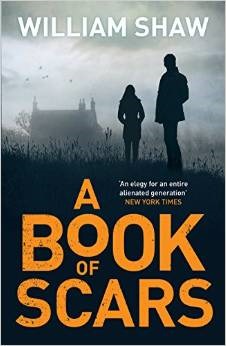 Detective Sergeant Cathal “Paddy” Breen of the Metropolitan CID (Marylebone Police Station, London) can’t seem to avoid disaster whether he’s rescuing a cat from a tree, investigating a crime scene or chasing a bad guy. To his aid rides Helen Tozer, a Woman Police Constable who wants to do more than fetch tea and biscuits for her male counterparts.

The introverted Paddy dabbles in art, rendering accurate sketches from memory. He methodically covers the floor of his apartment with scraps of paper—clues representing the puzzle-pieces of his murder inquiries. His mind shuffles snippets until, hopefully, a pattern emerges. He was born before WWII and fits well with the older generation and their methods of operation.

Although only a few years younger, as a post war baby boomer, Tozer stands on the opposite side of the canyon known as “the generation gap” from Paddy Breen. The more intuitive and “with-it” Helen, a farm-girl from Devon, belongs to the Beatles Fan Club, plays a guitar and likes to drink. She calls Paddy, not Cathal, but “Careful Breen,” because he rarely tempts fortune, letting misfortune come to him, and come it does. Paddy’s “old school” perspective blocks his access to witnesses, after a nanny and her charges find the murdered body of a Beetles fan, whereas Helen speaks their language and earns their cooperation.

A Book of Scars begins with the injured Paddy convalescing at the Tozer farm in Devon. Bored out of his mind, he looks for a case to solve, a cold case, such as the brutal death of Alexandra, Helen’s sister. He finds the coroner’s report that describes the horrible nature of Alex’s unsolved murder. The report spurs Breen and Tozer to track down the sadistic killer and determine the killer’s motivation, especially when it seems that the same horrible death awaits others.

A Book of Scars begins as a murder-mystery, but it dips into the horror genre. Although, it serves up generous portions of “who done it” suspense with a full slate of suspects, the heavy handed violence in Africa, the Biafra/Nigerian War, the Mau Mau uprising in Kenya and the dark side of the drug trade between Europe and North Africa spill over into the character’s lives and the story lines.

As witnesses to local examples of this unthinkable violence, Breen and Tozer realize that methods justified elsewhere during an “emergency,” have returned home with the ousted colonials to terrify their inventors. The novel includes descriptions of brutal torture. Unfortunately, these savage acts are based on actual testimony of victims of similar atrocities—atrocities committed with a wink and a nod from the colonial authorities.

Despite the grim aspects of the final volume, trilogy fans will enjoy the progress in Breen and Tozer’s personal relationship. A Book of Scars opens more doors than it closes, raising hopes that William Shaw turns the trilogy into a much longer series. He has almost fifty Paddy and Helen years in which to weave a lifetime of sequels for enjoyment of his readers.

The US titles for the first two volumes in the Breen and Tozer Trilogy are She’s Leaving Home and The Kings of London. The final volume, not readily available in the USA goes by the UK title, A Book of Scars.

For reviews of She’s Leaving Home and The Kings of London, press control/click on these titles.