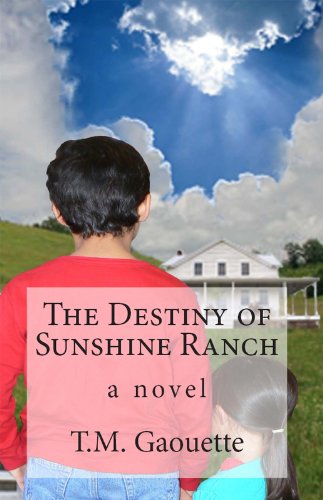 At age ten, Benedict carries massive chips on both shoulders. Having passed from bad foster homes to worse, he dreads the uncertainty of new surroundings and new rules. When he arrives at The Sunshine Ranch, he doubts the sincerity of his new foster parents, David and Martha Credence and withholds his affections lest he is ripped again from friends and security. Benedict sees the other foster children as rivals and doubts that his good fortune will last. Over the next four years, he remains aloof, not daring to trust that he has found a home and family.

When foreclosure threatens The Sunshine Ranch, Benedict’s doubts seem to be confirmed. Although David and Martha ask Benedict and their other foster kids to have faith that God will provide, Benedict refuses to believe. But Micah, Benedict’s roommate, and chief rival keeps the faith. Eventually, Benedict realizes that The Sunshine Ranch gives him the only happiness that he has ever known, and that his constant worry and fear prevent him from enjoying it.

David and Martha Credence and their many foster children embody generosity and unquestioning faith. Theirs is an impossible task — they welcome hard-case kids like Benedict and scrape together the resources to meet their physical, emotional, and spiritual needs. Benedict, on the other hand, provides a counterpoint to everything the Credence family attempts to share. Too wounded by his early life experiences to accept the healing they offer, he’s likely to reject them and run away into the night. Micah, the optimist, has suffered as much as Benedict, but he always sees the bright side and attempts to wear down Benedict’s rough edges.

The Destiny of Sunshine Ranch appealed to every emotion: there are joy and sadness, richness and loss. T.M. Gaouette delivers a powerful story with an emotional wallop, filling her pages with surprises and suspense, mystery and romance, pain and growth. Unquestionably, this novel is a page turner.

I would recommend this book for family reading. Biological progeny and foster children, biological and foster parents can see themselves somewhere in the pages of this book. It will especially benefit students preparing for careers in social services. I enjoyed reading this story because its characters deeply touched me. I pray that many couples will follow the example of David and Martha Credence and provide a loving home for foster children. 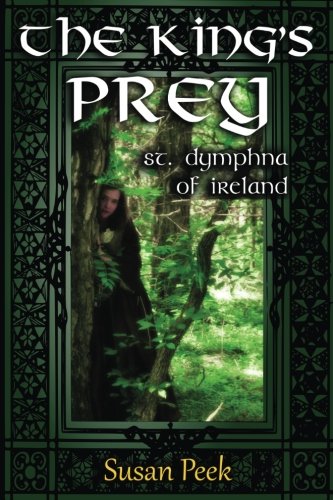 Terrible but true, Princess Dymphna flees Daemon, her father who, in his madness believes her to be his late wife, Odilla. He demands that Dymphna marries him. With the aid of her confessor and a few companions, Dymphna flees across Ireland and eventually reaches Belgium.

Susan Peek stays true to the Lives of the Saints’ outline for St. Dymphna. She fills in the gaps with a fast moving tale of her companions, especially two brothers, Brioc, her minstrel and Turlough one of her father’s soldiers. Like the fog of war, confusion and misinformation plague Dymphna’s escape. Peek amplifies tensions and leads her characters into conflict, danger, and excruciatingly painful decisions.

Although the words Irish and Catholic seem to be welded together, Dymphna story shows her not only as a Christian but a consecrated virgin living in a pagan household. Her father’s druid companions ignore her religious values and agree to the king’s intended incest.

Dymphna’s plight resonates with many young women in society today. She suffers attempted sexual abuse in her home. She becomes a homeless runaway, a refugee, and a victim of violence and the uncontrolled mental illness of her father. Through all of her flight, she places her hope in God and takes consolation in His protection. She submits to God’s will. In the end, through her intercession, God showers blessings on her friends. She remains a patron of those troubled with mental illness.

Turlough and Brioc dominate the novel. Their entire family dies of disease and famine. The older brother, Turlough makes a desperate choice to save the young Brioc, setting them at odds for many years. Turlough cannot persuade Brioc of his love. In fact, every attempt to help Brioc convinces the younger brother that Turlough plans to kill him. Throughout most of the book, Turlough attempts to reconcile with Brioc. His attempts are thwarted by conditions related to Brioc’s own mental illness. Dymphna brings the brothers closer.

Susan Peek writes for the younger readers, a word that will rouse them. She has devised a clever, perhaps labyrinthine tale, a tragedy of errors on the part of Brioc and his wife, Ethlynn. They experience a difficult life, and their role in Dymphna’s escape only deepens their pain. Peek delivers a spellbinding tale of suspense.

The King’s Prey should appeal to young, religious Catholics, but would engage people of other faiths and ages. Victims of family sexual abuse, runaways, and refugees can see in Dymphna a courageous companion. Hers is a heroic tale and will grip the reader’s emotions.

Since I am a fan of Saint Dymphna, I wanted a greater focus on her life and thoughts. Unfortunately, little information is available. The story of the brothers, although fictional, did have an impact. The most powerful moments came in the last chapters of the book where Dymphna rewards her friends, and the brothers have a chance to untangle their relationship.

Of all the characters, I liked Turlough the best. He always loved Brioc, made difficult decisions to save him, and responded to Brioc’s rejection without malice.

Susan Peek’s mission is to bring to light some of the forgotten saints such as Saint Magnus, the Last Viking, and Saint Camillus de Lellis. The King’s Prey clearly brought attention to Saint Dymphna. I would like to see more research into her life and her patronage extended in a world that is in woeful need of her strength.